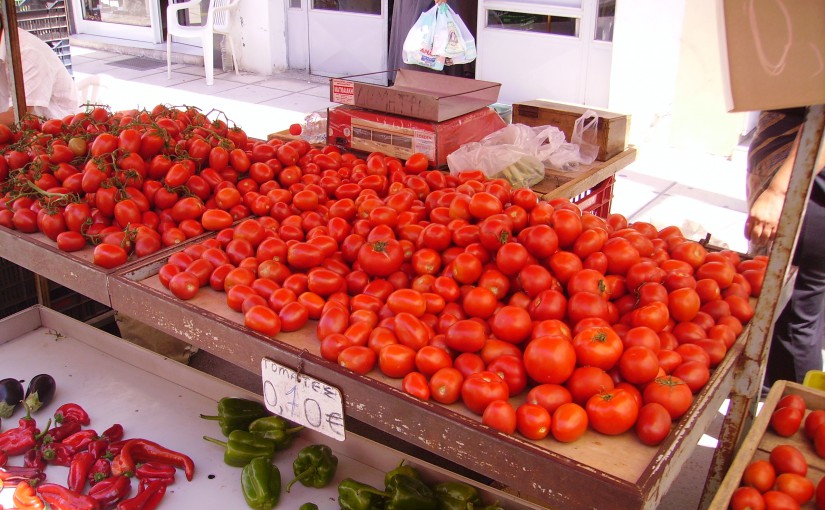 You’re expected to get some relax on weekends. This Saturday 11th July I woke up to the news of a huge explosion at the Italian embassy in Cairo, hit by a carbomb. Four foreign journalists were arrested almost immediately by the police, that’s how Egypt works at the moment, I am afraid.

Crete is not that far from Egypt, it never was, at least since the Minoan/Keftiu connections. We have countless examples of trade and cultural contacts between the two regions in the Roman and Byzantine period, and even after the Arab conquest of Egypt in 639-642 AD. Crete played a strategic role during WW2 as a link between various areas of the Mediterranean while the Allied forces were busy reorganising their counterattack strategy ‒ there were several Cretan fighters who went to Egypt for training with the British army, and then came back to their own island to continue the fight for liberation against the Nazi invaders. Today the Mediterranean is split in half, with thousands of people dying every year while they try to cross to our side.

It’s with such thoughts in mind that Saturday began, a relaxed day with only 3-4 hours at work in the morning and 2-3 hours in the afternoon. At noon on Saturday, our traditional habit is to go to the nearby town of Moires/Μοίρες where the weekly street market offers fresh fruit and vegetables from the Mesara countryside at ridiculous prices, together with crappy made in China products, kanelada sellers. We have been repeating this visit to the market for years. You may think that such a big market is there only in the summer, to take advantage of the many foreign tourists who stay in Southern Crete, but … you’d be wrong. I’ve been here in November a few years ago, and the market looks just the same, only a little less crowded. The Saturday market in Moires is not a postcard-like happening, rather the opposite, and it’s as good as a practical lesson in microeconomy as any other such street market. Lunch is a gyros and a cold beer.

In the afternoon, our colleagues from the University of Padua are gone for a weekend trip in Eastern Crete and there’s time for some work on our main task (described in some detail yesterday). We’re out to the village of Sivas for dinner, but not before another exhausting take at the pump engine and its unpredictable behaviour.

The featured image is by Elisa Triolo. I met her right here 10 years ago.