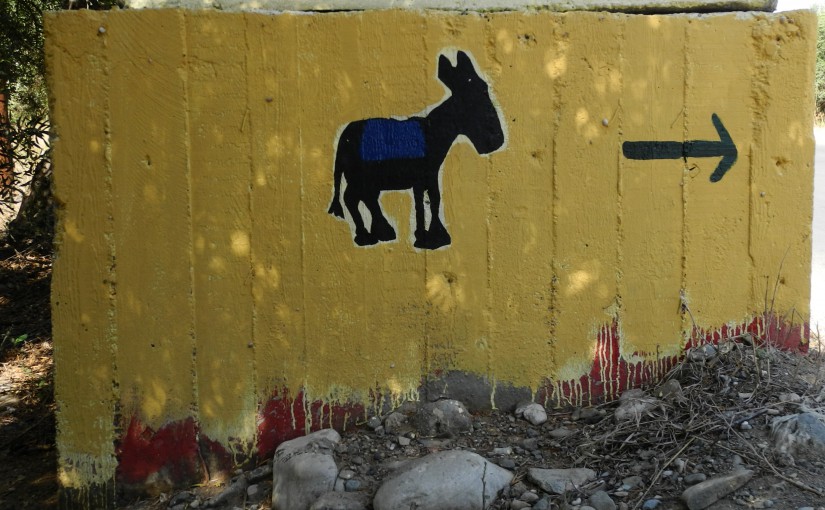 I’ve been serving as co-editor of the Journal of Open Archaeology Data (JOAD) for more than one year now, when I joined Victoria Yorke-Edwards in the role. It has been my first time in an editorial role for a journal. I am learning a lot, and the first thing I learned is that being a journal editor is hard and takes time, effort, self-esteem. I’ve been thinking about writing down a few thoughts for months now, and today’s post by Melissa Terras about “un-scholarly peer review practices […] and predatory open access publishing mechanisms” was an unavoidable inspiration (go and read her post).

Some things are peculiar of JOAD, such as the need to ensure data quality at a technical level: often, though, improvements on the technical side will reflect substantially on the general quality of the data paper. Things that may seem easily understood, like using CSV for tabular data instead of PDF, or describing the physical units of each column / variable. Often, archaeology datasets related to PhD research are not forged in highly standardised database systems, so there may be small inconsistencies in how the same record is referenced in various tables. In my experience so far, reviewers will look at data quality even more than at the paper itself, which is a good sign of assessing the “fitness for reuse” of a dataset.

The data paper: you have to try authoring one before you get a good understanding of how a good data paper is written and structured. Authors seem to prefer terse and minimal descriptions of the methods used to create their dataset, giving many passages for granted. The JOAD data paper template is a good guide to structuring a data paper and to the minimum metadata that is required, but we have seen authors relying almost exclusively on the default sub-headings. I often point reviewers and authors to some published JOAD papers that I find particularly good, but the advice isn’t always heeded. It’s true, the data paper is a rather new and still unstable concept of the digital publishing era: Internet Archaeology has been publishing some beautiful data papers,and I like to think there is mutual inspiration in this regard. Data papers should be a temporary step towards open archaeology data as default, and continuous open peer review as the norm for improving the global quality of our knowledge, wiki-like. However, data papers without open data are pointless: choose a good license for your data and stick with that.

Peer review is the most crucial and exhausting activity: as editors, we have to give a first evaluation of the paper based on the journal scope and then proceed to find at least two reviewers. This requires having a broad knowledge of ongoing research in archaeology and related disciplines, including very specific sub-fields of study ‒ our list of available reviewers is quite long now but there’s always some unknown territory to explore, for this asking other colleagues for help and suggestions is vital. Still, there is a sense of inadequacy, a variation on the theme of impostor syndrome, when you have a hard time finding a good reviewer, someone who will provide the authors with positive and constructive criticism, becoming truly part of the editorial process. I am sorry for the fact that our current publication system doesn’t allow for the inclusion of both the reviewers’ names and their commentary  ‒ that’s the best way to provide readers with an immediate overview of the potential of what they are about to read, and a very effective rewarding system for reviewers themselves (I keep a list of all peer reviews I’m doing but that doesn’t seem as satisfying). Peer review at JOAD is not double blind, and I think often it would be ineffective and useless to anonymise a dataset and a paper, in a discipline so territorial that everyone knows who is working where. It is incredibly difficult to get reviews in a timely manner, and while some of our reviewers are perfect machines, others keep us (editors and authors) waiting for weeks after the agreed deadline is over. I understand this, of course, being too often on the other side of the fence. I’m always a little hesitant to send e-mail reminders in such cases, partly because I don’t like receiving them, but being an annoyance is kind of necessary in this case. The reviews are generally remarkable in their quality (at least compared to previous editorial experience I had), quite long and honest: if something isn’t quite right, it has to be pointed out very clearly. As an editor, I have to read the paper, look at the dataset, find reviewers, wait for reviews, solicit reviews, read reviews and sometimes have a conversation with reviewers, if something is their comments are clear and their phrasing/language is acceptable (an adversarial, harsh review must never be accepted, even when formally correct). All this is very time consuming, and since the journal (co)editor is an unpaid role at JOAD and other overlay journals at Ubiquity Press (perhaps obvious, perhaps not!) , usually this means procrastinating: summing the impostor syndrome dose from criticising the review provided by a more experienced colleague with the impostor syndrome dose from being always late on editorial deadlines yields frustration. Lots. Of. Frustration. When you see me tweet about a new data paper published at JOAD, it’s not an act of deluded self-promotion, but rather a liberatory moment of achievement. All this may sound naive to experienced practitioners of peer review, especially to those into academic careers. I know, and I still would like to see a more transparent discussion of how peer review should work (not on StackExchange, preferably).

JOAD is Open Access. It’s the true Open Access, not to differentiate between gold and green (a dead debate, it seems) but between two radically different outputs. JOAD is openly licensed under the Creative Commons Attribution license and we require that all datasets are released under open licenses so readers know that they can download, reuse, incorporate published data in their new research. There is no “freely available only in PDF”, each article is primarily presented as native HTML and can be obtained in other formats (including PDF, EPUB). We could do better, sure ‒ for example, provide the ability to interact directly with the dataset instead of just providing a link to the repository ‒ but I think we will be giving more freedom to authors in the future. Publication costs are covered by Article Processing Charges, 100 £, that will be paid by the authors’ institutions: in case this is not possible, the fee will be waived. Ubiquity Press is involved in some of the most important current Open Access initiatives, such as the Open Library of Humanities and most importantly does a wide range of good things to ensure research integrity from article submission to … many years in the future.

You may have received an e-mail from me with an invite to contribute to JOAD, either by submitting an article or giving your availability as a reviewer ‒ or you may receive it in the next few weeks. Here, you had a chance to learn what goes on behind the scenes at JOAD.